It has become the prevailing wisdom that exercise is a key component in the weight loss formula. Most books and doctors will still tell you that. That idea has recently been called into question.

For more information on exercise programs and benefits and how to get fit visit Getting in Shape Guide.

There have been several articles recently that refute this established knowledge. As Gary Taubes has pointed out, if you went to your doctor in the 1940’s, 50’s, 60’s, even into the 1970’s and told him that you wanted to lose weight, he would have told you to rest a lot and not use any energy. And based upon their experience, this was effective advice. They believed that if you used less energy you would eat less. If you were more active, you would eat more additional calories than your exercise could ever burn and you would gain weight.

Taubes wrote: “The Scientist and the Stairmaster; Why most people believe that exercise makes us thinner - and why we’re wrong” in 2007. In one of the most fascinating articles I have ever read, he wrote: “There was a time when virtually no one believed exercise would help a person lose weight. Until the sixties, clinicians who treated obese and overweight patients dismissed the notion as naïve. When Russell Wilder, an obesity and diabetes specialist at the Mayo Clinic, lectured on obesity in 1932, he said his fat patients tended to lose more weight with bed rest, “while unusually strenuous physical exercise slows the rate of loss.” 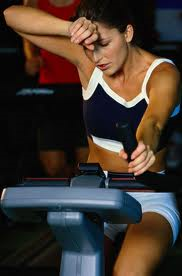 According to the new book by Dr.’s Volk and Phinney: