Fear of Fat - What is True?

These two doctors have been studying the effect of living the low carb lifestyle for many years and are great proponents of it and the many health benefits it will provide.

They recommend a guideline of about 10% carbs, 20% protein and 70% fat.They say in their Performance book that this is also ideal for high level athletes. The notion that athletes need carbs for endurance and energy is wrong according to their research.

More Than an Exercise in Vanity 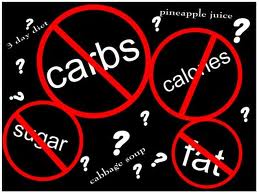